The continuous urbanization brings along with it numerous challenges such as road congestion, environmental pollution, decreased parking spaces, pedestrian safety which demands adequate distribution of land, vehicles, people, and goods to minimize traffic jams and environmental impact on cities.

Methodologies used to tackle the issue:

Different strategies are being adopted across the globe to combat this situation, few of which are listed below:

Over the decades’ vehicles have gone through different transformations in terms of size, variants, manual driven vehicles to automatic vehicles, which have now transcended into driverless cars. One of the most crucial technology to make automatic vehicles a possibility in the coming years is electric vehicles. Owning to many merits such as cheap maintenance, environment-friendly, renewable energy source, etc make it an appropriate methodology to transform the world driven by urban mobility. 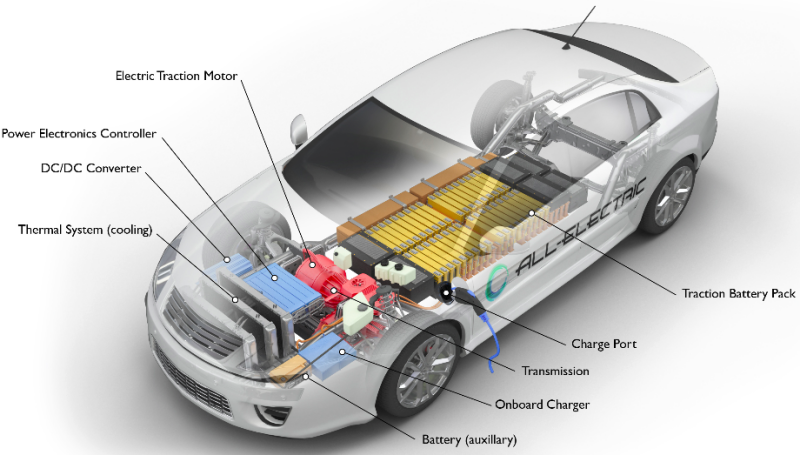 Around 7500 patents were filed on electric vehicles in 2018 and the count is expected to reach 8500 in 2020. Chevrolet, Ford, Volkswagen, Kia, BMW, Tesla, General Motors, Fiat are some of the key players working in the domain of electric vehicles. Whereas, companies such as Hyundai, Mahindra, Tata, TVS, Gogreen Bov, Maruti Suzuki, Toyota India, BMW India, Volvo Cars India, Mean Metal Motors, Goldstone and Ashok Leyland are working on the construction of electric vehicles in India.

Self Driven automobiles to become a common practice

This phrase seemed to be an abstract idea a few years back, but with the continuous technological experiments, it is becoming a successful exercise among nations across the globe. Such vehicles serve as an efficient medium in improving public transport as autonomous vehicles will pick and drop individuals to their respective destinations, thereby reducing pollution. They can also serve as a boon for disabled people or people having impaired vision.

The big brands, such as Google, Mercedes-Benz, Tesla, General Motors, Bosch, Toyota, Nissan, And Audi, lead the race to develop autonomous vehicles. Mercedes recently displayed an autonomous concept car Consumer Electronics Show (CES) at Las Vegas. Google has been testing its autonomous cars in the real-world for quite some time. Apart from the big names, there are many startups and other companies which are working on self-driven vehicles. Amazon recently filed a patent of automatic lane switching; Apple is working on implementing self-driven minivans on streets. Further, Aptiv a Dublin company has been collaborating with firms like Lyft to develop autonomous vehicles. Also, Baidu’s Apollo Platform is used by many companies to build autonomous vehicles. Other players such as Intel, Cisco, Continental, Volvo are working on autonomous cars through collaboration.

Integration and Improvement of public transport

Public transport has improved considerably over the past decade. The technological innovations that took place over these years have totally changed the face of public transport. Mobile applications and online platforms take major credit in the overhaul of public transport. Improvements in the efficiency of the vehicles and the increase in green initiatives have further helped in this area. Cab hailing services like Uber and Lyft are driving this the technological juggernaut. And recent introduction of services like car-pooling and ride-sharing has positive impacts on numerous fronts, including, economical and environmental.
Lyft, Uber, Ola, Grab, Blablacar, Sidecar, Easytaxi, Hitch-A-Ride, Carma, Ridejoy, Car2go, Juno, Gett, Bolt, Via, Curb, Gojek, Cabify, and DiDi-Rider have made sharing rides an easy experience for passengers as they provide the convenient user interface and is configurable on different operating systems. Moreover, timely coupons and discounts make the ride economical and environmental friendly.

Air/drone taxis are believed to increase the economies of different nations as employed individuals can stay in outer areas of cities and can travel easily using air transport means. Thereby, sharing vehicles which result in plummeted fuel consumption, less environmental pollution, and less traffic congestion which is directly proportional to stable urban mobility.

Airbus developed an eVTOL Vahana demonstrator which is its first self pilot taxi that can scale heights. Also, companies like Joby Aviation, Kitty Hawk, Lilium, Terrafugia, Uber Air, Volocopter, Moog SureFly, Intel Volocopter, Bell Nexus, Boeing PAV are some of the companies which are working to make air taxis a reality. Recently, Hyundai and Uber announced plans to collaborate on the Air Taxi Systems.

Connected cars are a concept in which vehicles are connected with each other and act as a group, therefore if one vehicle slows down the speed of the rest of the vehicles in the connected car group automatically decreases. Such instances can serve as a great tool in managing traffic in crowded cities. At the same time, it aids in ensuring adequate safety of the passengers in the vehicles, and in reducing road accidents. 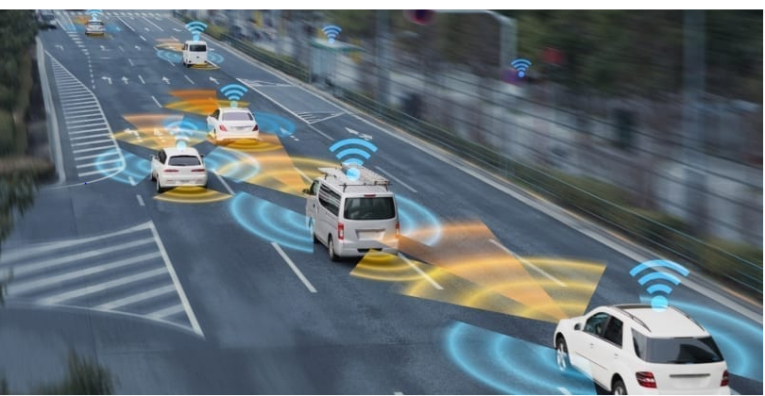 General Motors, Audi, BMW, Mercedes Benz, Volvo, Tesla, Volkswagen, Jaguar Land Rover, Porsche and Nissan were the top 10 automotive companies which invested in connected cars in 2019. Apart from automotive companies, other players are emerging in this technology area. Google is actively investing in connected and self-driving cars. Also, Samsung, Intel, Qualcomm, LG, Ford and Toyota Motors have filed a significant number of patents in the domain of connected cars.

The concept of e-bikes and e-scooters revolves around using rechargeable energy sources to drive the vehicle. Such vehicles have assisted peddling options therefore they don’t put much pressure on knees and thighs to drive them. Also, they are fast and thereby helps in improving the fitness level of the rider, require less space to park and can escape long queues of traffic easily. In addition to this, the vehicle expenses are significantly reduced as they require less fuel and reduce less harmful emissions and can be maintained easily.

Hyperloop is a brand new ultra-high speed transportation system in which levitated capsules/pods carrying passengers and cargo can travel in low-pressure tubes that are supported on the pylons to form a track and can reach up to a top speed of 760 miles per hour. The Hyperloop has a pod-shaped design, similar to a subway tram, and travels through low pressure as in a vacuum tube. Hyperloop works on the principles of magnetic levitation, electromagnetism and mechanics. 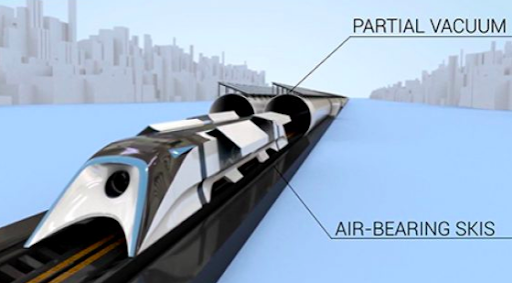 Hyperloop mode of transportation is much more energy-efficient in comparison to other transportation modes as the power consumption of operation is very less than the power generation. Power can be generated by using solar panels mounted on the tubes along the track and the regenerative braking used in the system. IT can be considered Green transportation as there is no oil dependence, a reduction in traffic and will be a cleanest & pollution free public transportation system in world.
Virgin Hyperloop One, TransPod, Arrivo Corporation, DGWHyperloop, HTT, AECOM, and the Technical University of Munich are few names that are working in this new technological area.

Urbanization is increasing along with rising incomes and aspirations of people. Hence, the demand for mobility will rise sharply. At present, owning a personal vehicle is the best option available; other options are either insufficient or simply not available. However, new technologies, including e-hailing and ride-sharing services, are opening up new possibilities. The large amount of data at hand will considerably improve the efficiency of these systems. Autonomous vehicles are expected to be a norm soon, as regulations around them are easing and improving. Regulators around the world are formulating policies that nurture the mobility landscape. For example, the United States lawmakers are actively involved with the tech industry to create a framework to safely govern autonomous vehicles. Innovation in many sectors are improving connectivity, materials and components, batteries, and AVs, and the perspective of people around the world are evolving, adopting green technologies. Electric vehicles are already common in many countries and more are adopting the EVs. The latest technologies, such as hyperloop and drones, are exciting avenues to explore and also act as a catalyst for other innovations.
The future of mobility seems bright, although few chinks still have to be patched. Given the interest in this domain, future transportation will be a lot cheaper, faster, and safer.